We are proudly a Ukrainian website. Our country was attacked by Russian Armed Forces on Feb. 24, 2022.
You can support the Ukrainian Army by following the link: https://u24.gov.ua/. Even the smallest donation is hugely appreciated.
Слава Україні!

The web service Grafiati now allows citing the laws/acts of Austria in one click.

The programmatic interaction with the Rechtsinformationssystem des Bundes – the Legal Information System of the Republic of Austria – allow us offering the users of Grafiati to cite the consolidated federal laws of Austria from 1772 until today, the consolidated laws of the Austrian states from the late XIX century, as well as all the acts published in the official federal gazette from 2004 and in the gazettes of the states – from 2014

You can search for the Austrian act you need (as well as for the acts of other available countries, namely Ukraine, Spain, and Poland) in our catalogues: 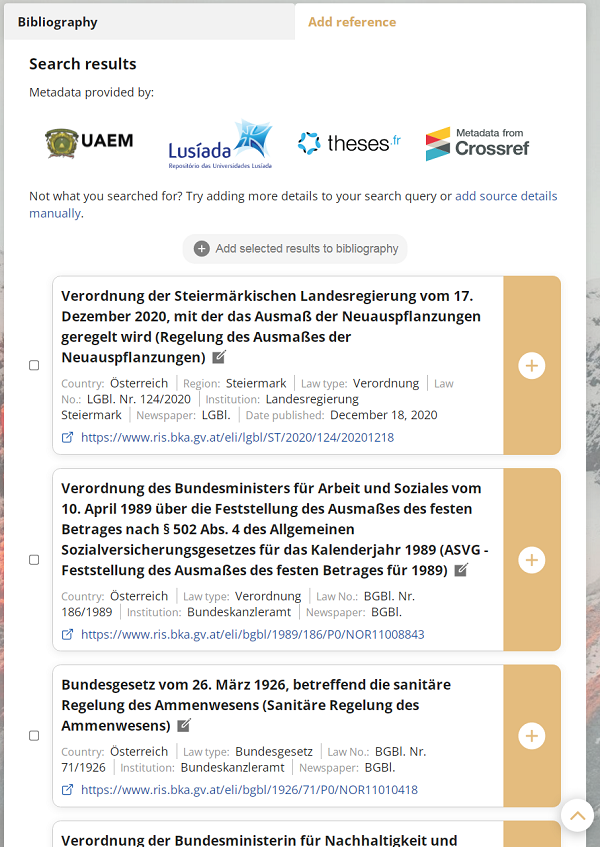 Click on the act, and we will generate automatically a bibliographic reference in accordance with the citation style you chose: 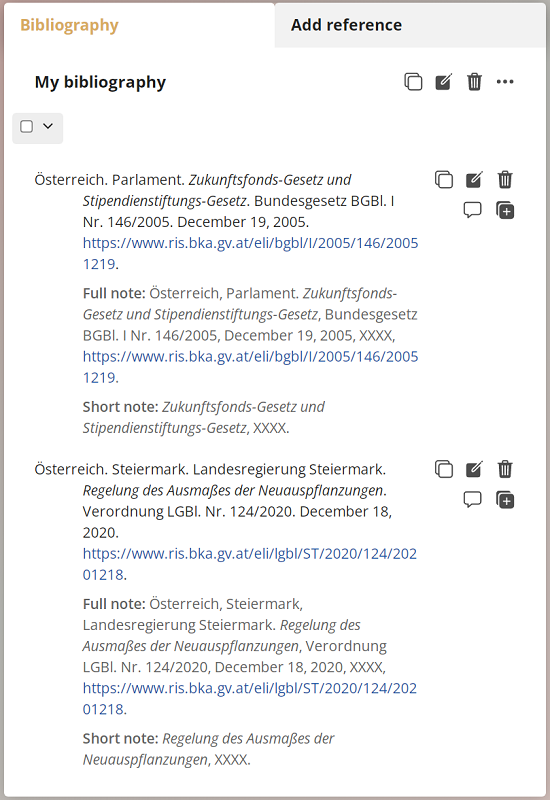 We have also extended our feature of legal citations: from now on, you can cite not only the national but also the regional acts of any countries simply by filling in the fields offered on the form for adding a law/act.